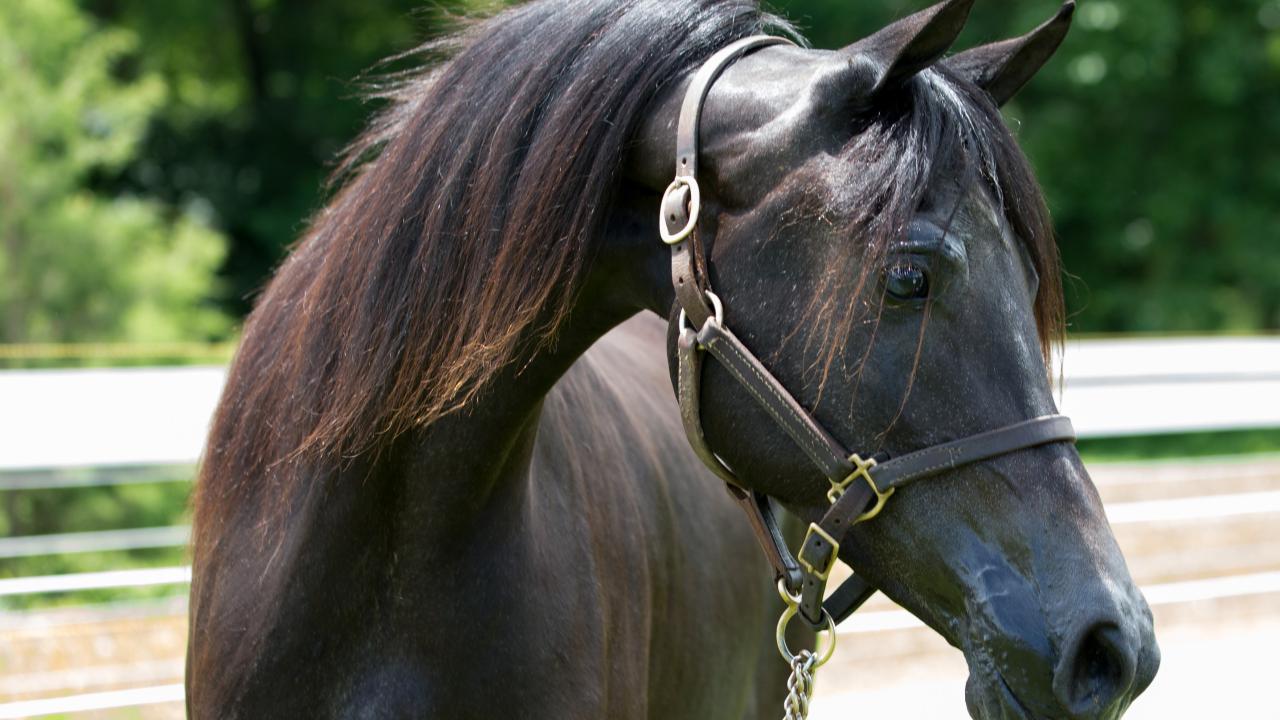 What is juvenile idiopathic epilepsy?

Juvenile idiopathic epilepsy (JIE) is an inherited disease in some Arabian foals of Egyptian lineage during the first year of life. It is characterized by recurrent seizures, which are due to abnormal electrical activity of the brain.

The term “idiopathic” means that the cause is unidentified. Research findings suggest that JIE has an autosomal dominant mode of inheritance, but the genetic cause is unknown. A possible association between JIE and lavender foal syndrome (LFS) had been suggested, but UC Davis researchers established that they are independent syndromes. This research also concluded that there are no apparent associations between JIE and cerebellar abiotrophy (CA), severe combined immunodeficiency (SCID), or occipitoatlantoaxial malformation (OOAM1). However, it is possible for horses to be carriers for more than one condition.

What are the clinical signs of juvenile idiopathic epilepsy?

Juvenile idiopathic epilepsy is characterized by seizures in Egyptian Arabian foals in their first year of life. Clinical signs of JIE range from minor twitching to loss of consciousness and rapid muscle contractions. Seizures are often short, lasting less than one minute. Foals may experience blindness, confusion, lethargy, and other signs after a seizure.

The age of onset ranges from the first few days up to six months, with most affected foals having the first seizures within the first two months of life. Complications associated with seizures, including head injury and aspiration pneumonia, can occur. Foals do not show any other clinical signs between seizures. After one year of age, affected foals do not experience any more seizures, but problems related to head trauma can remain and have lasting effects.

How is juvenile idiopathic epilepsy diagnosed?

Juvenile idiopathic epilepsy is diagnosed by electroencephalogram (EEG), which measures electrical activity in the brain. Affected foals exhibit characteristic abnormalities in specific regions of the brain.

Clinical and laboratory tests are performed to rule out other causes of epilepsy such as injury or infection.

How is juvenile idiopathic epilepsy treated?

Benzodiazepines (a class of anticonvulsant drugs) may be used to treat seizures short-term, with phenobarbital (a barbiturate that slows brain and nervous system activity) often used for long-term treatment. Potassium bromide (an anticonvulsant) may be administered in cases with seizures that are difficult to control. Levetiracetam (an anticonvulsant) has also been used successfully to control seizures.

What is the prognosis for juvenile idiopathic epilepsy?

The prognosis for JIE is good, with no apparent permanent effects unless concurrent diseases or secondary trauma occur.  Manage affected foals with headgear, padded stalls, and deep bedding until the seizures are effectively controlled by medication.

How can juvenile idiopathic epilepsy be prevented?

Affected animals should not be bred to avoid producing affected offspring.