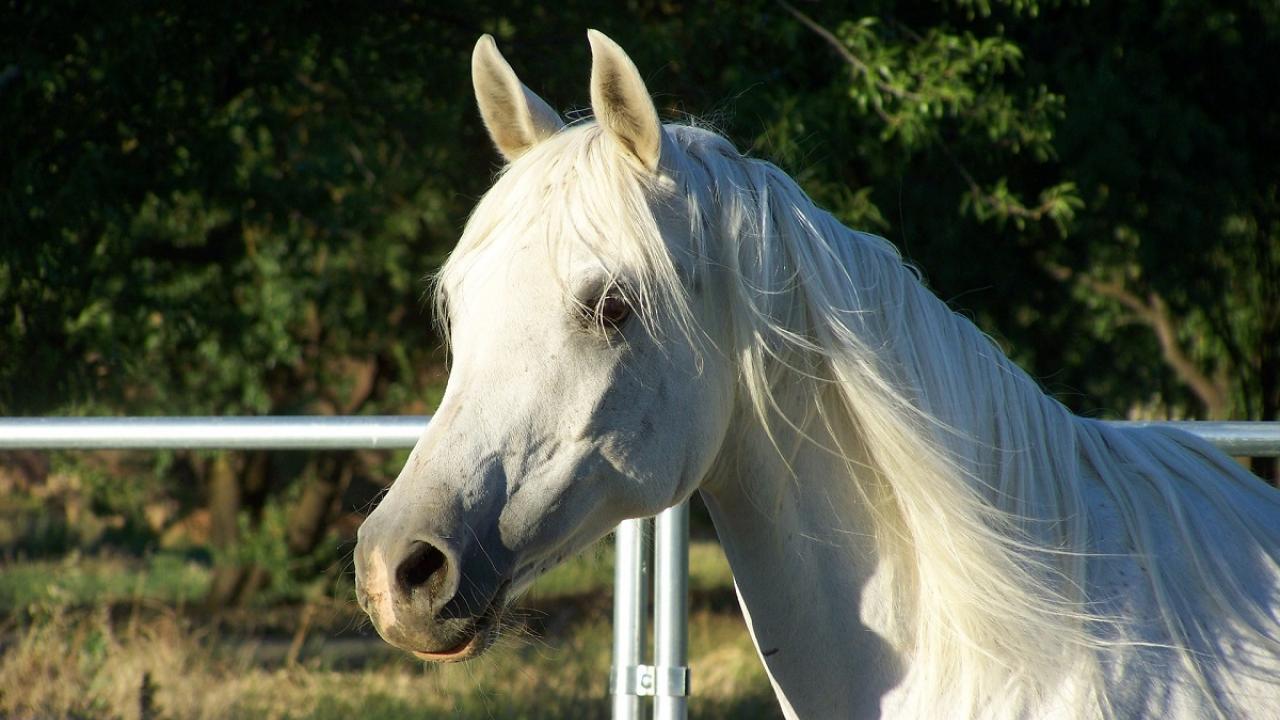 What is cerebellar abiotrophy?

Equine Cerebellar Abiotrophy (CA) is a genetic neurological condition of young horses. It has an autosomal recessive mode of inheritance and is primarily found in Arabian and Arabian crossbred horses. The disease causes the progressive death of neurons in the cerebellum of affected foals.

A genetic mutation associated with CA-affected horses has been identified and a DNA test is available.

What are the clinical signs of cerebellar abiotrophy?

Most affected foals appear normal at birth. Signs of CA are variable and generally recognized by six months of age. Clinical signs include a head tremor (intention tremor) and a lack of balance equilibrium (ataxia), among other neurological deficits. Affected horses may show exaggerated action of the forelegs, a wide-based stance, and be unable to rise from a reclining position. They tend to startle easily and often fall due to ataxia. The neurological problems may not be apparent to owners and are frequently thought to be a consequence of a fall or injury, rather than CA.

Some foals show very severe signs, including exaggerated gaits, a lack of balance, a wide-based stance, and a lack of menace response. Others may exhibit milder signs that may only be triggered by certain movements or behaviors. A small number of horses classified as affected by the genetic test reportedly show no signs.

How is cerebellar abiotrophy diagnosed?

Characteristic neurologic signs in Arabian or Arabian cross foals can be initial criteria for suspecting CA. Bloodwork in affected animals typically remains within normal limits. Abnormalities may be detected in the cerebrospinal fluid (CSF), with one study describing elevated total protein and creatinine kinase activity in 75% of foals. Other potential causes of neurologic signs, such as injuries or skeletal defects, can be ruled out with imaging approaches, such as radiographs (x-rays). Infectious diseases such as equine protozoal myeloencephalitis (EPM) can be ruled out through available tests. The DNA test should be used to confirm CA diagnosis. Postmortem diagnosis can be confirmed by examination of the cerebellum.

How is cerebellar abiotrophy treated?

There is no treatment for CA.

What is the prognosis for cerebellar abiotrophy?

Foals that show signs of CA are often euthanized or restricted to life as pasture pets, as they are never coordinated enough to be ridden safely. Affected horses are also a danger to themselves because the condition predisposes them to accidents and injury.

How can cerebellar abiotrophy be prevented?

A mutation in the target of EGR1 (TOE1) gene is associated with CA. The mutation is actually thought to have a regulatory effect on the nearby Mut Y Homolog (MUTYH) gene. The genetic CA test allows identification of horses that are affected or that carry the specific mutation. For horse breeders, identification of carriers is critical for the selection of mating pairs to avoid production of affected foals. Breeding carrier horses to each other results in a 25% chance of producing an affected foal. Breedings between unaffected and carrier horses will not produce CA foals, although 50% of the foals will be carriers.