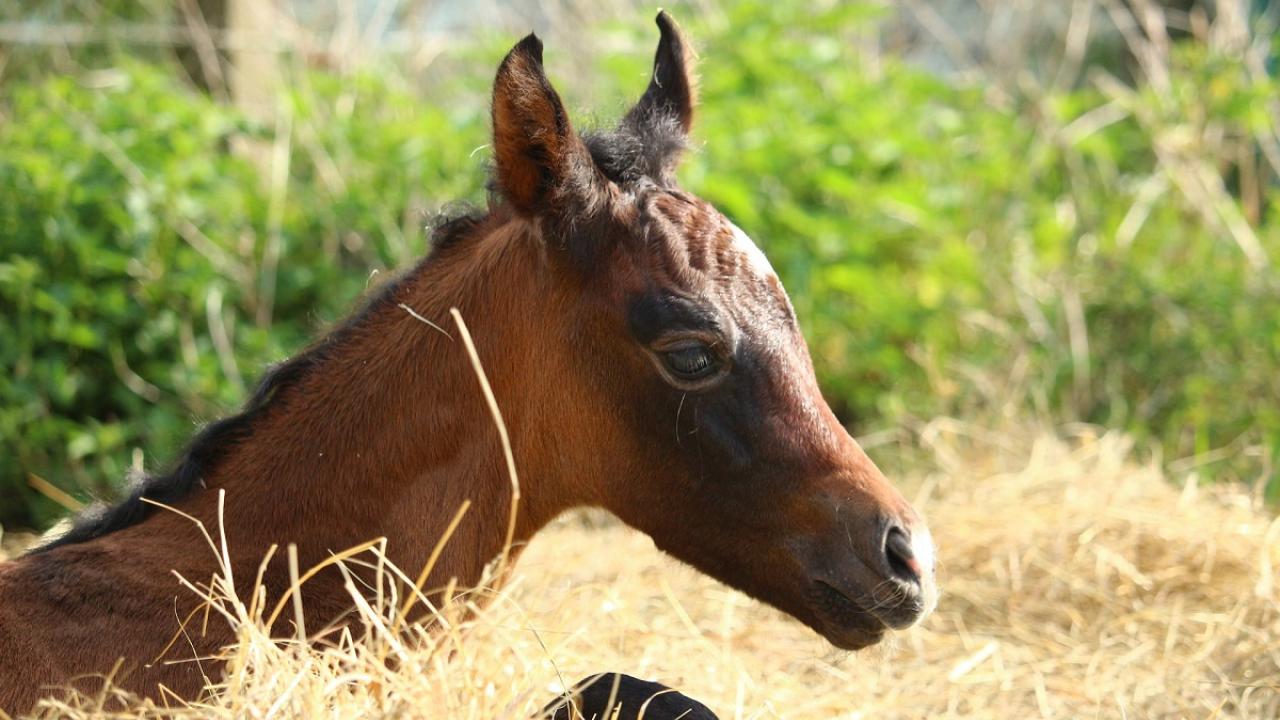 What is severe combined immunodeficiency?

Severe combined immunodeficiency (SCID) is a disease that causes foals to be born with severely weakened immune systems. Inherited as an autosomal recessive disorder, SCID has been identified in horses of Arabian and part-Arabian descent. A mutation in the DNA-dependent protein kinase (DNA-PK) gene, which codes for an enzyme critical to the development of the immune system and the ability to protect against infections, has been identified in affected individuals. A DNA test is available.

Affected foals do not produce functional B and T lymphocytes, and in turn cannot mount appropriate immune responses to challenges. As a result, SCID foals are highly susceptible to viral, bacterial, fungal and protozoal infections from which they cannot recover. There is no cure for SCID and affected foals die or are euthanized within the first six months of life.

What are the clinical signs of severe combined immunodeficiency?

Affected foals are normal at birth. As protective antibodies from mare’s colostrum wane, foals become more susceptible to infections, with the first clinical signs of SCID often appearing around 2-3 months of age. Common clinical signs include those associated with respiratory tract infections such as coughing, nasal discharge, and increased respiratory sounds. Depending on the type of infection, other signs can include diarrhea, lameness, colic, impaired growth, and weight loss.

How is severe combined immunodeficiency diagnosed?

Persistently low lymphocyte counts (lymphopenia) and low immunoglobulin (IgM) are common in SCID-affected foals, and may be indicators of the disease. Severe combined immunodeficiency must be distinguished from other conditions such as failure of passive transfer or selective IgM deficiency for an accurate diagnosis. The available genetic test can be used to make a definitive diagnosis.

How is severe combined immunodeficiency treated?

Supportive therapy to address infections can be attempted, but medical management of SCID foals is ultimately unsuccessful.

What is the prognosis for severe combined immunodeficiency?

The prognosis for SCID is grave, and most foals die from infections by 5 months of age.

How can severe combined immunodeficiency be prevented?

Breeders and owners can utilize the available DNA test to avoid producing SCID-affected foals. The test is recommended for horses from lineages that have produced SCID foals. Results can be used to identify carriers and to select appropriate mating pairs. Matings between two SCID carriers have a 25% chance of producing SCID foals, and are not recommended.

The Arabian Horse Association (AHA) Code of Ethics requires disclosure of known carrier status of SCID, if known, for “any horse capable of reproducing that is being offered for breeding, sale, or lease”. The owners of a mare that produces an affected foal are required to notify the stallion owner immediately.