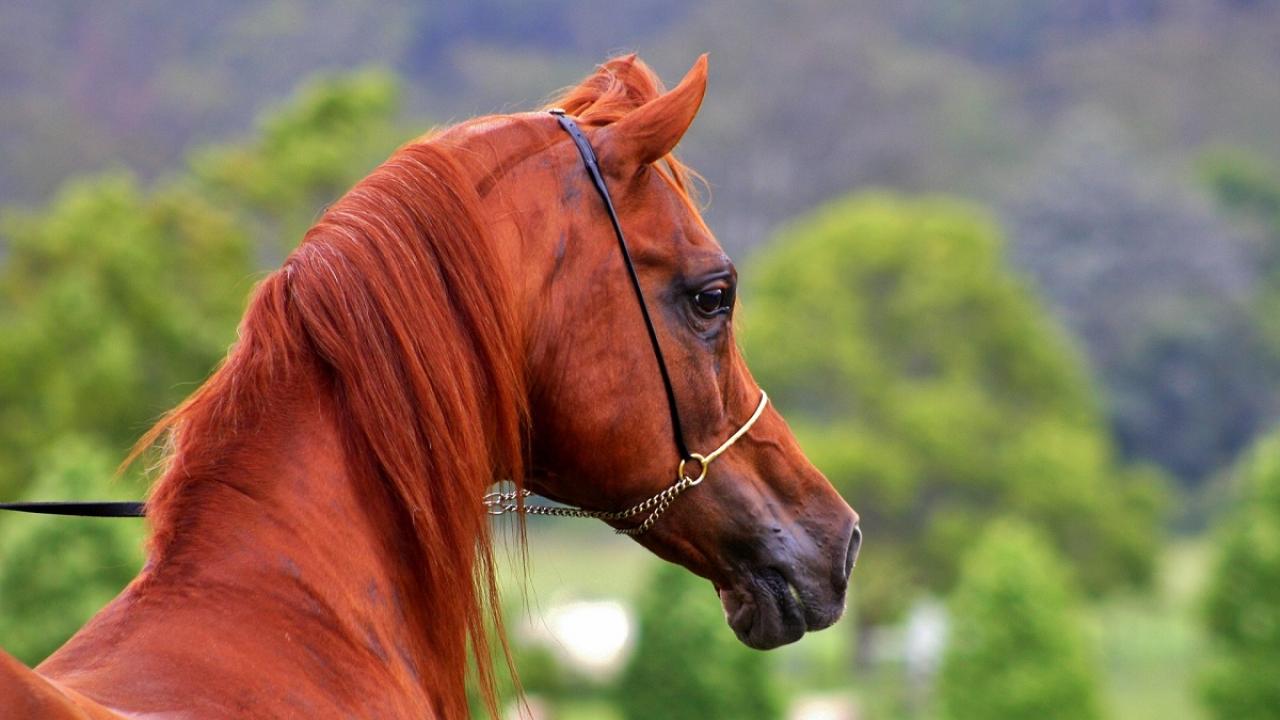 Occipitoatlantoaxial malformation (OAAM) is a neurologic disorder caused by the malformation of the first two vertebrae of the neck, the atlas (C1) and the axis (C2), and the base of the skull (occipital bone), with the atlas typically fused to the occipital bone. This developmental defect results in compression and damage of the upper part of the spinal cord. Affected individuals demonstrate abnormal head and neck carriage with neck extended, reluctance to move the neck or signs of neck twisting. Movement of the head and neck can also produce a clicking sound.

OAAM is presumed to be inherited as an autosomal recessive defect in Arabian horses, but different mutations appear to be involved. One such mutation, consisting of a large deletion in the homeobox D3 gene (HOXD3), is associated with one form of OAAM in Arabians (OAAM1).

While OAAM is often used to classify any foal with malformations of the base of the skull through the atlas, there is actually extensive variability to the disease. For example, some foals also have malformations of their jaw and heart defects. Therefore, the term OAAM does not describe one disease but rather a group of malformations that are likely inherited. While Arabian horses are most frequently affected, OAAM has been reported in Miniature Horses, Quarter Horses, Morgans, Standardbreds and Friesians. The genetic basis for other forms of OAAM are under investigation.

What are the clinical signs of occipitoatlantoaxial malformation?

The distinguishing features of OAAM are present at birth in affected animals. Clinical signs vary from mild progressive incoordination and weakness of limbs to the inability to stand. Abnormal head and neck movement, sometimes accompanied by an audible clicking sound, are signs of OAAM. Some affected foals are stillborn or born with paralysis.

How is occipitoatlantoaxial malformation diagnosed?

How is occipitoatlantoaxial malformation treated?

There is no treatment for OAAM.

What is the prognosis for occipitoatlantoaxial malformation?

The prognosis for OAAM is grave. Affected foals are usually euthanized.

How can occipitoatlantoaxial malformation be prevented?

The available genetic test (OAAM1) is recommended for horses in Arabian lineages that have produced OAAM affected foals. Information from the test helps breeders and owners identify carrier horses and select mating pairs accordingly to avoid producing affected foals. Matings between two carriers of this particular mutation have a 25% percent chance of producing OAAM foals. However, a negative genetic test for OAAM1 does not exclude OAAM as there are likely other genetic mutations involved.