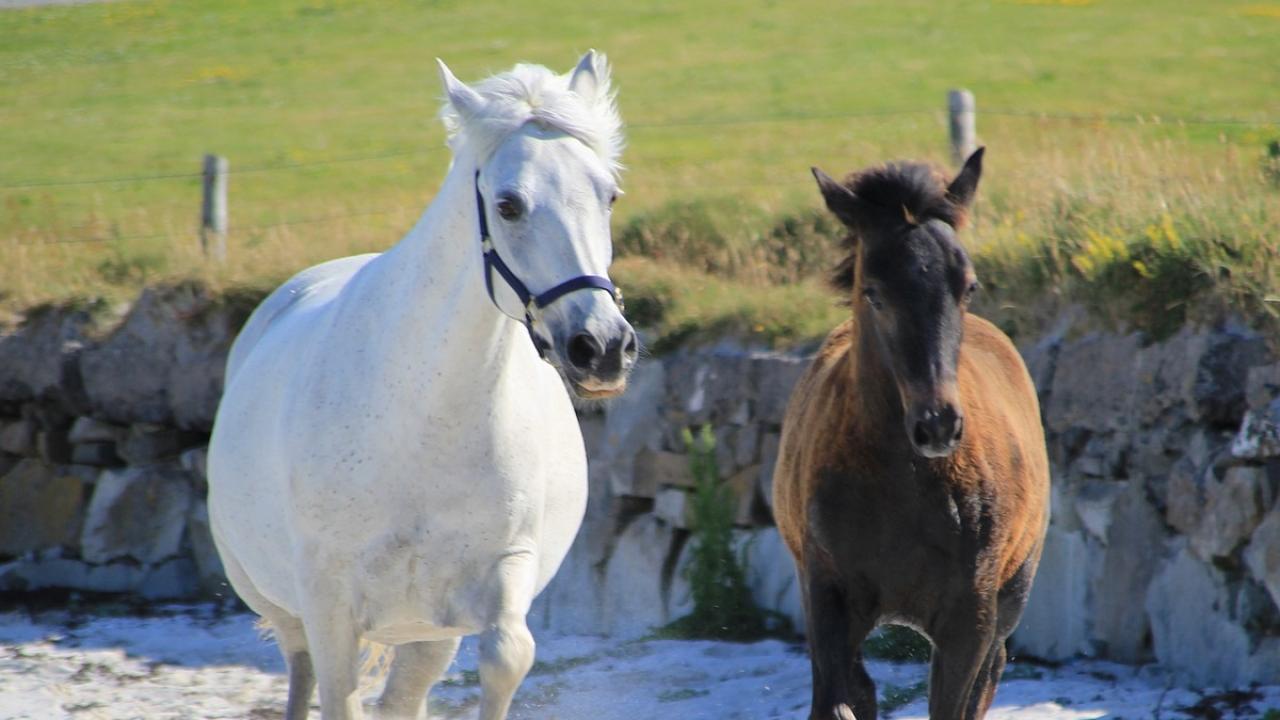 What is hoof wall separation disease?

*Download a printable pdf version of this article here.

Hoof Wall Separation Disease (HWSD) is an inherited disease in some Connemara ponies characterized by separation and cracking of the outer hoof wall. This can lead to ponies having to support their weight on the sole of the hoof instead of the hoof wall, which, in some cases, can result in chronic inflammation, severe lameness, and laminitis. Affected ponies typically show clinical signs within the first six months of life.

Hoof Wall Separation Disease is inherited as an autosomal recessive trait. Carriers (those ponies with one copy of the disease-causing mutation) are unaffected but can produce affected offspring if bred to other carriers or animals with two copies. Only animals with two copies of the mutation will show clinical signs of the disease.  That being said, the disease has been described as highly but not completely penetrant, meaning not all animals homozygous for the mutation show obvious clinical signs. The carrier frequency in the Connemara pony breed was estimated to be 14.8%. A genetic mutation in the SERPINB11 gene has been identified and a DNA test is available to determine if ponies are clear or have one or two copies of the mutation.

What are the clinical signs of hoof wall separation disease?

Clinical signs, and the severity of those signs, can vary between individuals. Breaks and cracks in the hoof wall can begin to appear within the first six months of life in affected ponies. The outer hoof wall splits and separates at the sole and the hoof wall may develop a frayed appearance. Sudden environmental changes from dry to wet or vice versa may worsen the splitting of the hoof wall. Affected ponies exhibit weight-bearing problems and present shoeing challenges (difficult to keep shoes on since nails split the hoof wall). Proliferative horn can develop on the sole of the hoof since the ponies are forced to bear the majority of their weight on the soles of their hooves. All four hooves are typically affected, but they can show varying degrees of splitting. The coronary band, sole, and white line appear healthy. Severe cases can lead to lameness, abscesses and laminitis.

Hoof wall separation disease is diagnosed through genetic testing for the identified mutation. Physical examination showing clinical signs consistent with HWSD, known breed predisposition (Connemara pony breed), and an early age of onset (within the first six months of life) can be used as indicators that genetic testing is warranted.

There is no treatment or “cure” for HWSD. Management through hoof care and/or the use of special shoes may be attempted, but these options are expensive and labor-intensive. Environmental management and dietary supplementation may also be incorporated to lessen the symptoms and keep the pony more comfortable.

What is the prognosis for hoof wall separation disease?

Affected animals can become severely painful despite careful management. Quality of life may diminish and euthanasia may be necessary. Even if the condition is initially controllable, ponies may still develop laminitis over time.

How can hoof wall separation disease be prevented?

The Connemara Pony Breeders Society (CPBS) requires genetic testing for all new registrations, unless they are the progeny of recorded non-carrier parents. Samples should be submitted through the CPBS. For testing not related to registration, hair samples (with the roots attached) can be submitted directly to the UC Davis Veterinary Genetics Laboratory for testing. Owners should avoid breeding carriers to other carriers, but they may breed carriers to non-carriers to maintain desirable traits and maintain genetic diversity in the breed.