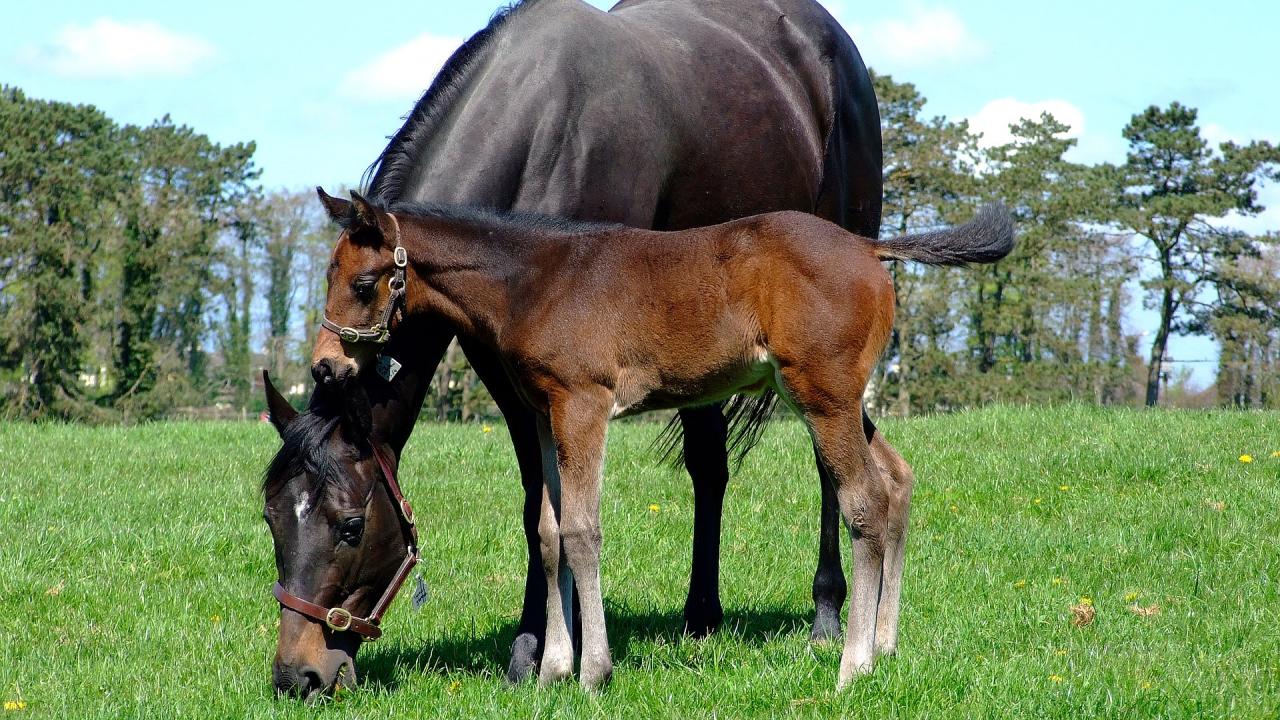 What is Rhodococcus equi?

Rhodococcus equi is a bacterium that lives in the soil and can cause pneumonia in young (1 to 6 months old) foals. In rare cases, immunodeficient adult horses and humans can also become infected. Disease prevalence varies by region, farm, and year, but R. equi can be detected on most horse farms around the world.

A foal can inhale airborne bacteria into their respiratory tract or ingest contaminated soil. Infection progresses slowly and foals often do not begin to show clinical signs until the disease has become severe. Foals infected with R. equi can shed the bacteria in their feces, leading to the pathogen becoming endemic on the breeding farm and causing disease in the foal crop year after year.

In immunocompromised humans, R. equi infection can cause lung infections that result in the formation of abscesses. Mortality can be as high as 50%. Among people with healthy immune systems, infections may only affect a small part of the body and are commonly associated with wound sites.

What are the clinical signs of Rhodococcus equi?

In foals, the clinical signs of R. equi can include fever, labored breathing, cough, a rattling sound in the windpipe, and depression. In some cases, R. equi infection can also cause abscesses in the abdomen and elsewhere in the body, as well as joint infections.

How is Rhodococcus equi diagnosed?

Rhodococcus equi is diagnosed based on known history of cases on the farm (indicating presence of the bacteria on the grounds), ultrasound and/or x-ray evidence of abscesses in the lungs, bloodwork, and identification of the bacteria by culture and/or PCR testing.

How is Rhodococcus equi treated?

Antibiotics such as erythromycin, clarithromycin, and azithromycin can be used to treat R. equi infection in horses, but they can also result in potentially serious side effects such as diarrhea and overheating (hyperthermia). Resistance of the bacteria to some antibiotics (macrolides) has also been reported.

Severely affected foals should be maintained in low-stress, climate-controlled environments with good ventilation. Early detection of R. equi infection in foals through bloodwork, ultrasound screening, and antibiotic treatment (as needed) is currently the best approach to ensure a successful outcome.

What is the prognosis for Rhodococcus equi?

Many foals infected with R. equi recover. Those that are severely affected, especially those that have developed abdominal abscesses, may not survive.

How can Rhodococcus equi be prevented?

Since there are no available vaccines for the prevention of R. equi infection, farms may choose to perform regular screening, often by ultrasound, to detect foals in the early stages of disease. In the absence of definitive diagnoses, this can lead to antibiotic treatment of unaffected foals and potentially contribute to antibiotic resistance.

Hyperimmune plasma is sometimes administered to foals intravenously within the first week of life, but it does not necessarily prevent R. equi infection in all instances.

Good management includes limiting overcrowding of foals, and ensuring that they are housed in well-ventilated areas where dust is minimized. Dirt paddocks should be avoided. Foals that appear ill should be removed from group settings and their manure managed appropriately.