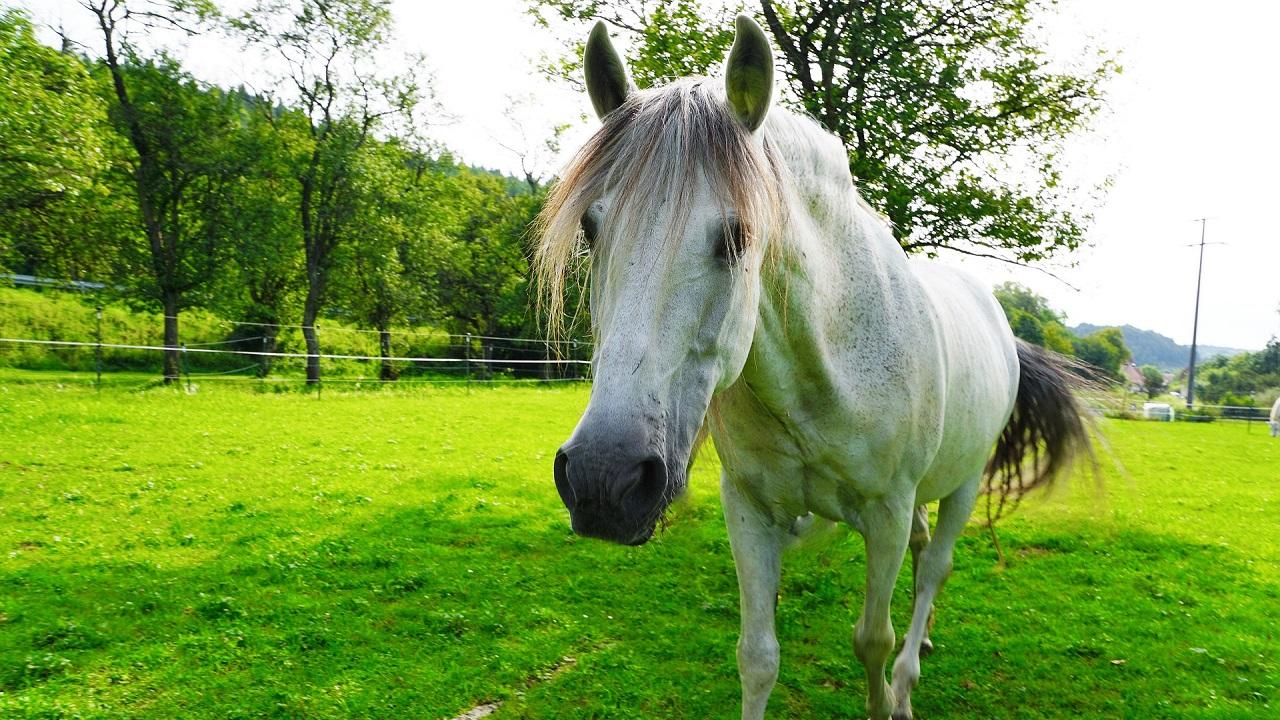 Laminitis is damage and inflammation of the tissue between the hoof and the underlying coffin bone (distal phalanx, P3). This tissue, the laminae (also called lamellae), is actually folded layers of tissue, contacting the surface of the bone on one side and the inside of the hoof wall on the other, connecting the two. Depending on how severely these attachments are weakened, the outcome can range from mild foot soreness to separation of the coffin bone and hoof (founder). The front hooves, which bear the majority of the horse’s weight, are most commonly affected, but it can also occur in the hind hooves.

Laminitis can be the outcome of excessive grain intake, access to pasture high in sugars, compensatory weight bearing due to injury of the opposite limb (supporting-limb laminitis, or contralateral limb laminitis), ingestion of toxic plants (such as black walnut shavings), and excessive work on hard surfaces (road founder). Laminitis often occurs due to diseases such as equine metabolic syndrome (EMS) or pituitary pars intermedia dysfunction (PPID, aka Cushing’s Disease) (endocrinopathic laminitis), sepsis or systemic inflammatory response syndrome (SIRS) (sepsis-related laminitis).

Ponies and older horses make up more laminitis cases than younger horses and those from other breeds.

What are the clinical signs of laminitis?

The clinical signs of laminitis vary depending on the amount of damage to the laminae. Lameness with variable severity in one or more hooves is common. Affected horses may be reluctant to move or unwilling to rise (recumbent). When standing, they may shift their weight from one hoof to another, or stand with their front feet camped out in front of them and hind feet under their bodies (“sawhorse stance”). They may exhibit increased respiratory and heart rates and may have systemic diseases such as EMS or PPID.

How is laminitis diagnosed?

Laminitis is diagnosed based on clinical signs, although this can be challenging in mild cases.

How is laminitis treated?

Laminitis is irreversible and once clinical signs are observed, the damage is already underway. At this point, it is important to minimize further progression. Treatment largely involves pain management and supportive care. Successful management is dependent upon good relationships between owners, veterinarians, and farriers.

Horses may be placed on stall rest with deep bedding, and sling support in severe cases. Non-steroidal anti-inflammatory drugs (NSAIDs) are often used for pain relief and to control inflammation, and opiates may be administered in more serious cases. Cold therapy in the form of ice baths or boots may also be utilized to minimize inflammation.

Regular farrier care is required to provide mechanical support and encourage normal hoof growth. Radiographs may be used to guide trimming and shoeing to redistribute weight from the hoof wall to other structures and minimize tension on the deep flexor tendon.

Dietary management is required for horses concurrently diagnosed with EMS or PPID. This includes hay with low non-structural carbohydrate (NSC) content and a low calorie ration balancer, along with treatment for the primary condition (i.e. pergolide for PPID).

What is the prognosis for laminitis?

The prognosis for horses with laminitis can vary widely from horse to horse. Horses with a mild episode of laminitis may recover, especially if the coffin bone is not displaced. Once founder occurs, recovery is lengthy and the outcome is uncertain. Some cases are euthanized due to pain that cannot be adequately managed. Early identification is ideal for recovery. Call your veterinarian immediately if you suspect that your horse is developing laminitis.

How can laminitis be prevented?

The following may aid in the prevention of laminitis: