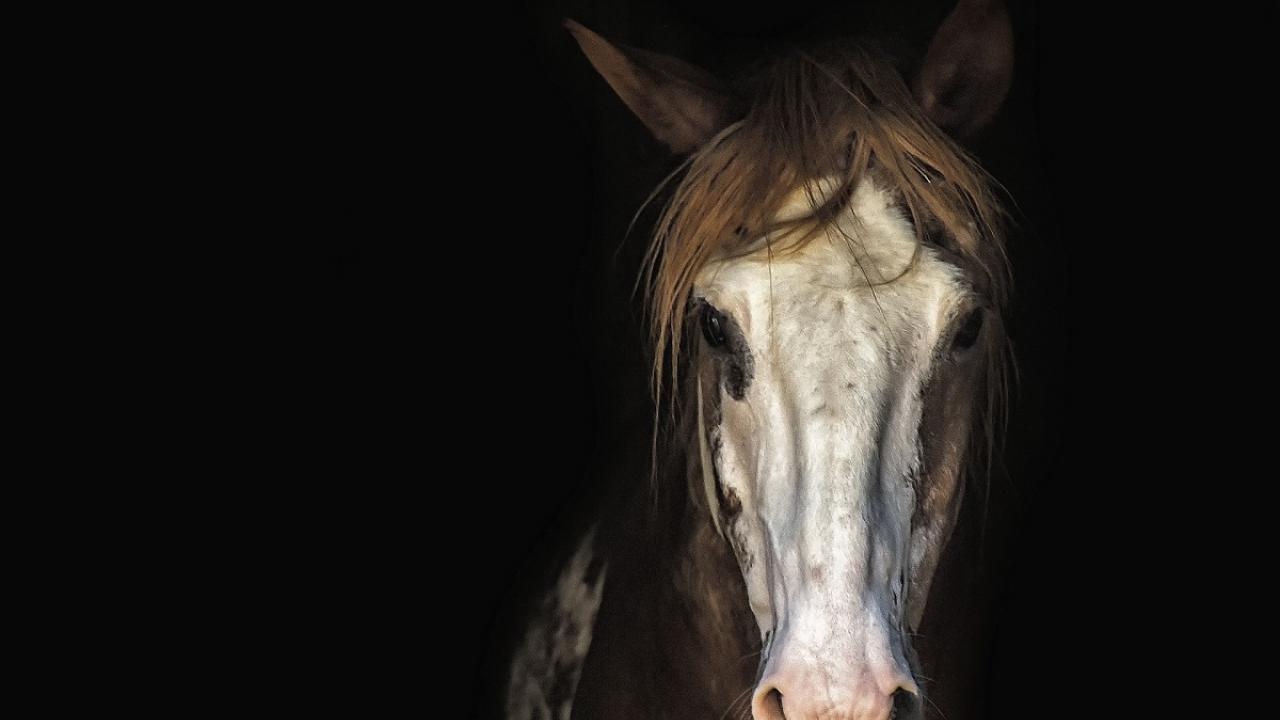 Glanders is a contagious disease caused by the bacterium Burkholderia mallei. Infection can result in pus-forming lesions on the skin and respiratory infections. Although it primarily affects horses, donkeys, and mules, it is a zoonosis, meaning that other species, including humans, can get the disease through direct contact with infected animals. The infection is fatal in most species. Since it is contagious and can be fatal in humans, the bacterium is considered a potential agent of bioterrorism (Tier 1 biological agent).

Glanders is one of the oldest known diseases of horses. Once prevalent worldwide, glanders control programs successfully eradicated the disease from North America, Western Europe, Japan and Australia, but it is endemic in parts of the Middle East, Asia, Africa and Central and South America. The increased movement of horses around the world means that glanders still poses a threat to the U.S. equine industry and strict testing requirements are enforced for imported horses. Glanders is a World Organisation for Animal Health (Office International des Epizooties (OIE)) listed disease and cases must be reported to the appropriate authorities immediately. Horses imported to the United States must test negative for glanders prior to release from import quarantine.

The source of infection is discharge from the nose and skin of infected equids. The primary route of infection is believed to be ingestion of feed or water contaminated by B. mallei, although inhalation and skin exposure may occur. Infected equipment, tack and clothing can also transmit the bacteria. Some infected horses show no symptoms but can serve as sources of infection by shedding B. mallei intermittently or constantly.

What are the clinical signs of glanders?

The incubation period varies from days to months depending on the exposure, with most cases becoming apparent in two to six weeks. Clinical signs are often the result of the pathogen infecting the lungs (pulmonary), nose (nasal), or skin (cutaneous).

Deep ulcers and nodules in the nasal passages cause a thick yellow discharge in the nasal form of glanders. The nasal discharge may be from one or both nostrils and may become bloody. Ulcers often heal with a characteristic star-shaped scar. Lymph nodes, especially under the jaw, may become enlarged and rupture. Infections can spread to the lower respiratory tract.

In the pulmonary form, nodules and abscesses form in the lungs, and bronchopneumonia can also occur. Infected horses may exhibit coughing and difficulty breathing.

The cutaneous form of glanders, also known as farcy, is characterized by crater-shaped ulcers around the muzzle and limbs. Nodules frequently become ulcerated and drain a thick yellow discharge. The hock and thigh are common sites of infection and infected horses often exhibit swelling (edema) of the lower limb.

Clinical cases of glanders often involve a combination of these forms and can be acute, chronic, or latent. The acute form of glanders is most often seen in mules and donkeys and is characterized by moderate to high fever, depression, weight loss, and cough. Nasal discharge is thick, yellowish white and death usually occurs within a few days from blood poisoning or respiratory failure.

Clinical signs for the chronic form of glanders in horses include intermittent fever, cough, weight loss, yellow-green nasal discharge, and a bloody nose. Joint swelling in the hindquarters can lead to lameness. The infection can persist for long periods (several years) with periodic episodes and progressive debilitation. Horses that recover can relapse and chronic glanders is eventually fatal.

In the latent form, lesions may occur, but clinical signs are usually minimal. They may include fever, nasal discharge and difficulty breathing.

How is glanders diagnosed?

Glanders is an internationally reportable disease. If a case of Glanders is suspected in the United States, a state or federal animal health official must be notified immediately.

Isolation and identification of B. mallei from clinical samples is used to diagnose glanders. However, bacterial culture can be difficult if the horse is in the early stages of the disease or subclinically infected since samples will likely contain low numbers of bacteria.

Serologic, antigen-based tests include the complement fixation test (CFT), Western blot and enzyme-linked immunosorbent assay (ELISA). The CFT is the official test for international trade of equids as outlined by the OIE and is utilized by the United States Department of Agriculture’s Animal and Plant Health Inspection Service (APHIS). It is highly specific and can detect horses in early stages of infection, as well as chronic cases. However, in some cases false positive results have been reported. Supplementary testing of horses with positive results from the CFT is performed with an ELISA test or Western blot to confirm the diagnosis.

How is glanders treated?

Treatment for glanders is not permitted under current regulations in the United States.  To stop the bacteria from becoming established and to avoid animal to human transfer, affected animals are returned to the country of origin or are euthanized. Animals that have been exposed to the infected individual are quarantined for testing.

Some strains of the bacteria have shown susceptibility to certain antibiotics, but B. mallei has actually proven very resistant to antibiotics. As a result, treatment is prolonged and often ineffective, and, consequently is not recommended.

What is the prognosis for glanders?

In non-endemic areas, like the U.S., horses that test positive for glanders are usually euthanized or must be removed from the country. Acute and chronic forms of glanders are usually ultimately fatal. Acute cases typically succumb within a short period, whereas chronically infected animals can survive for years in some cases.

How can glanders be prevented?

In the United States, and other countries where the disease has been eradicated, stringent post-arrival quarantine and testing of all imported horses ensures early detection of affected animals. There is no vaccine for glanders in any species.

In endemic countries, predisposing factors to glanders include poor husbandry and feeding, unsanitary conditions, and over-crowded stables. Humid, wet conditions favor survival of the bacteria and it can persist up to 6 weeks in certain environments. B. mallei is susceptible to heat, light, and many common disinfectants and rigorous disinfection of infected premises is an important countermeasure against the disease.