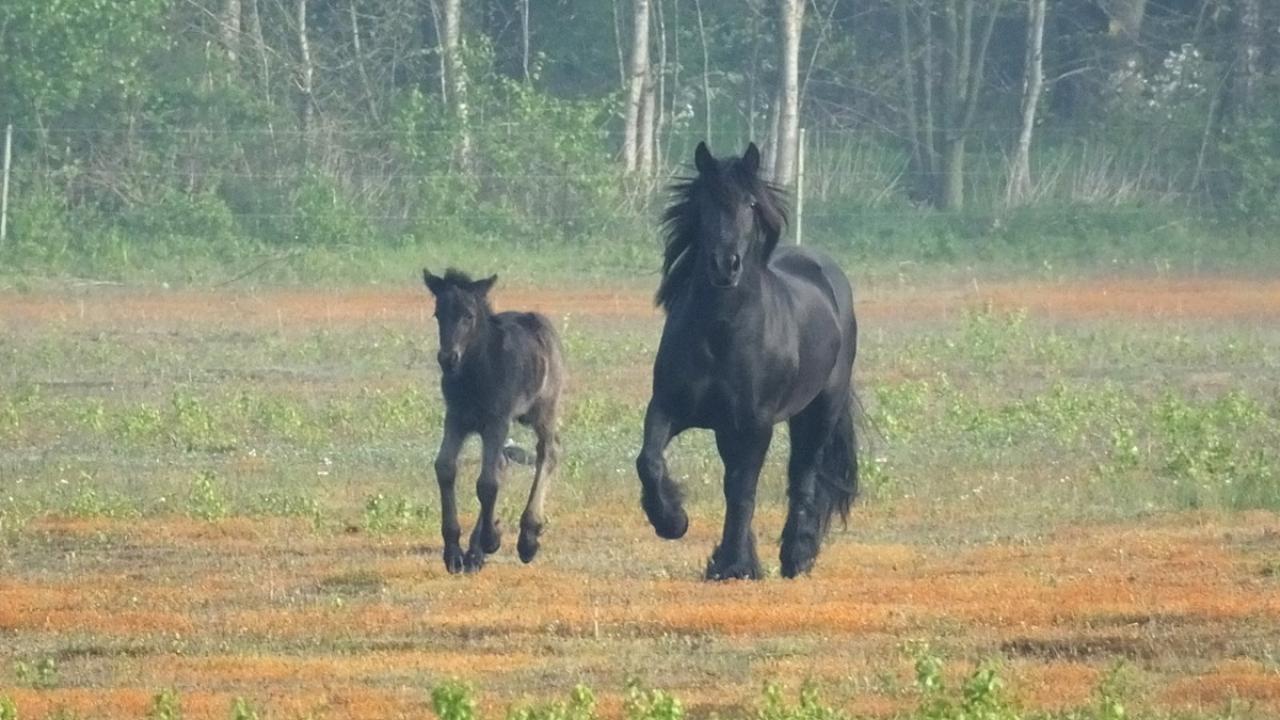 What is foal immunodeficiency syndrome?

Foal immunodeficiency syndrome (FIS), previously known as Fell Pony syndrome, is an inherited autosomal recessive disease. It causes fatal anemia and a compromised immune system. Affected foals have abnormally low levels of red blood cells and B-lymphocytes (a specific type of white blood cell). They become progressively anemic and lack the ability to produce their own antibodies, which makes them susceptible to infections. A causative genetic mutation has been identified, and a genetic test is available.

Foal immunodeficiency syndrome is found in the rare native U.K. Fell Pony and Dales Pony breeds, as well as related breeds and crosses, including Gypsy horses. Both the Fell and Dales Pony breeds experienced severe genetic bottlenecks after World War II. Since the current populations are descended from the remaining few animals and prominent sires were used extensively, these breeds suffer from small numbers, low genetic diversity, and inbreeding. In the first year that genetic testing for FIS was available, carrier rates were shown to be almost 40% in Fell Ponies and almost 20% in Dales Ponies. Genetic testing and avoiding carrier by carrier matings have led to a reduction in the number of affected foals born. Carrier by clear matings are still recommended to preserve the limited genetic diversity in these breeds, so there has not been a significant reduction in the number of carriers in the populations to date.

What are the clinical signs of foal immunodeficiency syndrome?

Foals affected with FIS are clinically normal at birth and are healthy for the first weeks due to antibodies acquired from their dams through colostrum (passive immunity). Depending on the environment and pathogens encountered, clinical signs often appear around 2-8 weeks of age. Clinical signs are progressive and include anemia, lethargy and inactivity, reduced appetite, weakness, diarrhea, and poor growth. Affected foals often have pale gums and a dull coat. They may exhibit breathlessness, nasal discharge, and coughing. Secondary infections with a variety of pathogens are common.

How is foal immunodeficiency syndrome diagnosed?

Foal immunodeficiency syndrome is diagnosed based on a combination of clinical signs and known breed predisposition. The available genetic test can be used for a definitive diagnosis.

How is foal immunodeficiency syndrome treated?

There is no effective treatment for FIS. Supportive care and antibiotics may be used to treat secondary infections and prolong life, but affected horses ultimately have a shortened lifespan.

What is the prognosis for foal immunodeficiency syndrome?

The prognosis for FPS is grave. Affected foals usually die or are euthanized by 4 months of age.

How can foal immunodeficiency syndrome be prevented?

Foal immunodeficiency syndrome can be prevented by utilizing the available genetic test to inform breeding decisions and avoid producing affected foals. Since the disease has an autosomal recessive mode of inheritance, offspring must receive one copy of the FIS mutation from each parent to be affected. For this reason, breeders should avoid carrier by carrier matings. Carrier by clear matings will produce 50% clear offspring and 50% carriers. The informed utilization of FIS carriers is important to preserve genetic diversity in these rare breeds while also avoiding the production of FIS-affected foals.